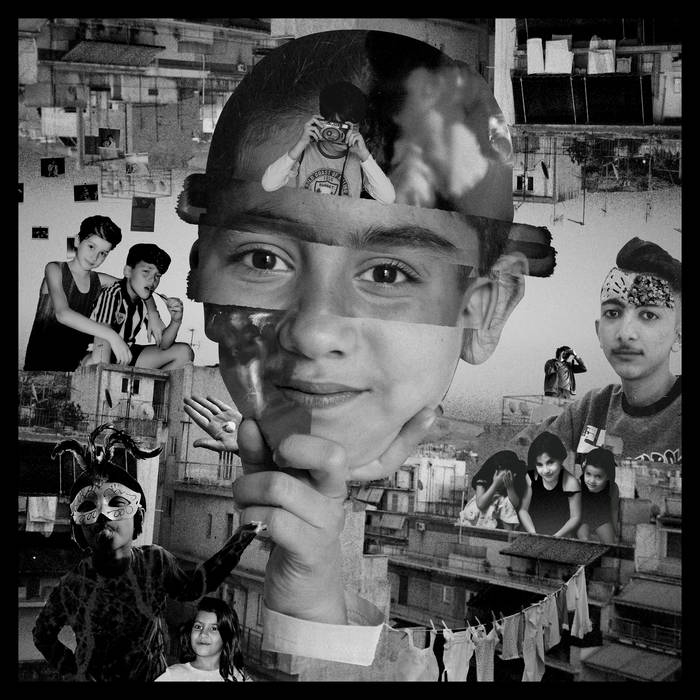 I had the immense joy in being a part of a very unique community that was built on solidarity, with the purpose of fighting intolerance and discrimination: Refugee Accommodation Space City Plaza - a beacon of hope in today's world. The track was inspired and kickstarted by the words of some of the youngest members of our community, recorded in our music classes during the summer of '17. This track is an ode to all the beautiful people that comprise our massive and diverse family, and the collective effort of everyone ever involved.

City Plaza was a self-organised housing project for homeless refugees in the centre of Athens accommodating 350 people, among them 150 children. It was entirely run on voluntary effort and was based on principles of self-organisation and autonomy, without any paid staff or public funding. It did not receive any financial backing from governments or NGOs, and depended entirely on the political support and practical solidarity from within Greece and abroad.

MORE ON THE PROJECT:


10th July 2019, the keys of squatted City Plaza were handed back to the former employees of the hotel, to whom the mobile equipment in the building belongs, two days after the electoral win of the right-wing New Democracy party, which had the squat's eviction set as the main priority of the newly elected minister, Michalis Chrisochoidis. All refugees living at City Plaza have been moved to safe housing within the city.


City Plaza is still a 7-floor abandoned Hotel, which had remained unused for 7 years until it was squatted by activists and refugees in late April 2016 till July 2019, and since the squat's self-eviction, it remains unused, despite the threats of the owner, during the squats lifetime. The community was made up of many nationalities, which include Afghan, Syrian, Kurdish, Iraqi, Pakistani, Iranian and Palestinian, to list a few.
Refugee Accommodation Space City Plaza emerged as a practical response from social movements to the repressive migration borders, the entrapment of tens of thousands of refugees in the Greek mainland, the mass detention of refugees in the border regions and the disastrous living conditions for homeless refugees in the cities and the huge, state-run camps.
City Plaza functioned through different working groups as for cleaning, cooking, security, logistics, education and childcare, medical care, media-work, reception, which answer to the regular assemblies of refugees and solidarians. City Plaza was an entirely voluntary effort based on principles of self-organisation and autonomy, without any paid staff or public funding. It did not receive any funding from governments or NGOs, and depended entirely on the political support and practical solidarity from within Greece and abroad. It was only through massive solidarity and involvement that this ambitious antiracist project survived, defended itself against repression attempts and managed to cover the huge daily costs for food, medicine, hygiene products and everything necessary for its daily functioning

Influenced by the likes of Mount Kimbie, Bonobo and her dad’s old Greek CD burns, the half Greek-half British self-produced artist and activist, currently based in Kreuzberg, weaves a fusion of myriad samples and synths to form an electronica future beat hybrid. ... more

Bandcamp Daily  your guide to the world of Bandcamp